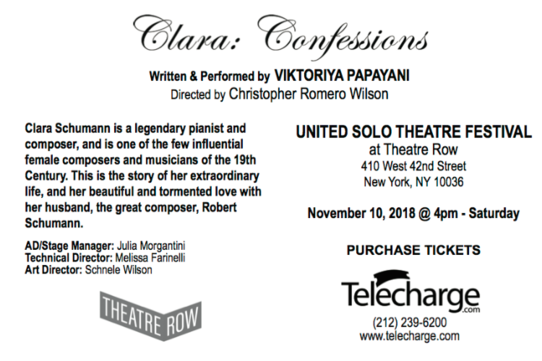 How many women do you know, whose face is or was depicted on their country’s money? Clara Schumann was one such woman. Before euros, when Germany had its own currency, Clara was on Deutsche Mark. Was she a queen? A president? A social activist? She was a musician. She was a celebrated 19th century pianist and composer. And she must have been pretty good- to later appear on German money. Apparently Germany took pride in its Culture.

I am honored to be producing a unique one-woman play about Clara Schumann, in which through the media of music and theatre we will be telling the story of Clara’s extraordinary life. Join our ship on this exciting journey through time and space on the waves of beautiful Music and Word. 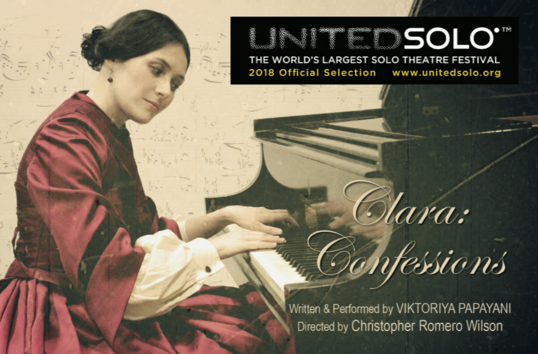 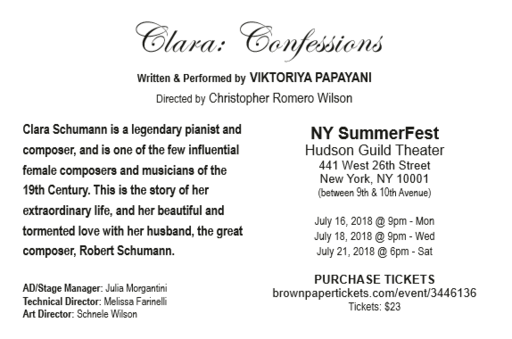 Thank you for contacting us! If needed, you will hear back within 48-72 hours.

The play is telling the story of life events of Clara’s life, spanning from when she was a teenager to her later years, focusing on the beautiful and passionate love story of her and Robert Schumann’s relationship. It was a creative collaboration, artistic codependence, and a turbulent romance. They inspired each other and spoke the same language- Music. Robert wrote to Clara, “Each of your thoughts comes from my very soul; indeed, it is you I have to thank for all my music. “

Due to a hand injury and a rather late start Robert couldn’t become a performing pianist, so he depended on Clara, being the famous virtuosa that she was, to perform all his piano music.

Clara was a very gifted composer herself; her first published work appeared when she was eleven. And at the age of fourteen she already wrote a piano concerto- a pretty remarkable accomplishment for a fourteen-year-old girl. She premiered the concerto under Felix Mendelssohn’s direction. Her circle of friends included many important musicians of the time: Schumann, Mendelssohn, Chopin, Liszt, and later Brahms, to name a few. She was The Muse of Schumann and later Brahms. What a remarkable musician and woman she must have been!

I am incredibly honored to be portraying Clara in this one-woman play. Being a classical pianist and actress myself, I feel it is a unique combination for playing this role. Through playing piano and reenacting the dramatic events of Clara’s incredible life, I will be telling a story of a great Artist, and an inspiring Woman.