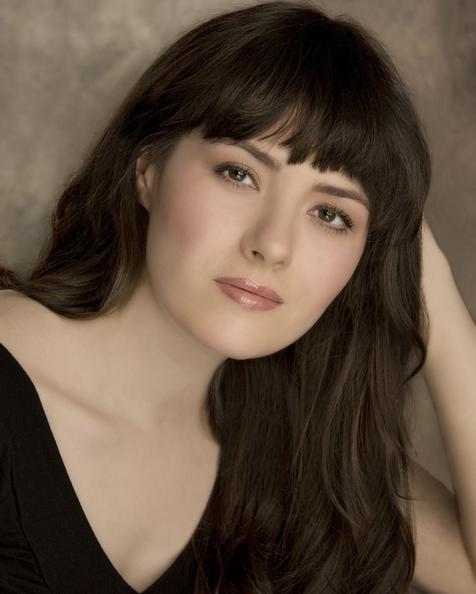 Viktoriya Papayani is a versatile actress. She has been in numerous Shakespearian productions : Othello (Desdemona), The Taming of the Shrew (Kate), As You Like It (Jaques) in Hyde Park, London, The Two Gentlemen of Verona (Julia), Measure For Measure (Mistress Overdone, Abhorson) with Oxford Shakespeare Co., as well as 12th Night (Olivia) at the Flea Theater, Hamlet (Gertrude) and Romeo and Juliet (Lady Capulet) with Queens Shakespeare.

In The Joy Of Broken Dreams, at the Producer's Club- she was singing songs of Jacques Brel. In another show, City Show's production of Baal by Bertold Brecht, she was featured both as an actress and as a pianist. Her other credits include Anatol by Arthur Schnitzler (Bianca), The Seductive Countess (Julie) by Moliere, numerous one-acts, Lovers and Other Strangers (Cathy), Eve and Lilith (Eve), Little Red Riding Hood (Mother/Grandmother), and multiple roles in Bumlinger Presents, a series of comical one-acts at the Producer's Club. For her role in Ave (Imogene), she has received Best Female Performance in a Leading Role award from Love Creek Productions. She has also done film.

Born in the Ukraine, pianist Viktoriya Papayani was started on the piano by her father, Vladimir Yudilevich, when she was four and studied with him until her family moved to America. She continued her studies in New York with Nina Svetlanova (www.ninasvetlanova.com) at the Manhattan School of Music, where she received her Bachelor's and Master's degrees in Piano Performance.

Ms. Papayani has received various honors and awards in many European countries, including Ukraine, France, and Italy and has performed in Europe, Canada and the United States. She was presented at the Weill Hall of Carnegie Hall in her New York recital debut by Artists International as a recipient of its Special Presentation Award. She has given numerous recitals at Salagundi Club, NY, and has recently been on a concert tour in Lapland, Finland, with her husband Kalle Toivio and his sister cellist Seeli Toivio.

Currently, Viktoriya teaches piano at the Future Artist Studio
(www.famusicart.com) and is an organist and choir director of St.Thomas' and St. Elizabeth's Episcopal Churches on Long Island. She continues giving piano recitals in the US and Europe and makes piano recordings.